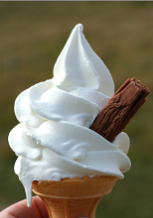 I love books. (Duh.) I love being recommended books, and borrowing books, and being given them by lovely generous people. But once the Billys are doublestacked and the TBR pile on the beside table starts to need its own postcode, tricky decisions have to be made. What to read next? And how to avoid that awful grudging ‘I’ve started so I’ll finish’ sensation when you discover that you’ve picked up one that’s not really your cup of tea?

Apparently Ford Madox Ford reckoned that there was a sure test for any book: “open the book to page ninety-nine and the quality of the whole will be revealed to you.”

My Reader brain says: I see what you’re getting at, Ford Madox Ford.  (And while I’m here, can I just say how much I enjoyed Ladies Whose Bright Eyes, your reworking of the Twain classic A Connecticut Yankee in King Arthur’s Court, and that I really must get around to reading Parade’s End, and I really am sorry that these days you’re just a rent-a-quote guy with a funny name when you were instrumental in shaping the C20th literary canon? Also, sorry that you’re dead and everything.)

Page 1 is the one we all worry about.  The opening sentence, the first paragraph: those get fussed over, tended to,  pruned to perfection like roses. By page 99 I’m a bit busy telling the story to the people who’ve read the previous 98 pages to worry about hooking them in all over again.  But people put books down. Sometimes they don’t pick them back up. So should every page of my own writing be jampacked with amazingness, just in case the whim of the typesetter makes it #99?

Applying the Page 99 test to my own books is… interesting.  Different territories = different page numbers (ha, take that, FMF!), but I’ve stuck with the UK editions via the scientific logic known as ‘they were nearest’. So:

Big Woo: possibly my favourite scene in the entire book: where Serafina narrates her failed first date in the style of a film script, where squirrels throw nuts and a bird poos on her dress which means she cannot even take it back to Topshop.

Whump!…in which Bill falls 632 miles down a manhole (my first, now out-of-print, book: 8-12/MG) : a hilariously overwritten scene in which the hero is kidnapped and taken to the Land Of Too Many Adjectives.

What conclusion do those 3 completely disparate results lead me to – other than blimey, Slowly the hushed voices built up again to a steady hum is a horrible sentence? Well, obviously good old FMF was onto something. Cover design and blurb can’t do it all: some things – tone of voice, sense of humour – are so aligned to personal taste that the text itself must be the clincher.  (Terry Pratchett falls into this category for me. In theory, I should love Discworld. In practice: eh.) If you are immune to the charm of books which reference the internet or include email, IMs, blogging in CAPSLOCK, imaginary squirrels etc, then my teen stuff won’t be your thing – so a sniff of page 99 will help you to steer clear. Alternatively, if you are a tech-comfy reader, happy with screen-styled interaction appearing on a printed page, maybe you already approach the text as something to be read as if onscreen – to be skimmed, saved for later, dipped into instead of treated like a traditional novel.

To me, it still feels like cheating: a funny sort of disregard for the rules, no different from skipping to the end to see Whodunnit or reading plot spoilers (though I understand plenty of UTTERLY BEWILDERING AND ODD people do both).  There’s a reason publishers tend to put Chapter 1 of future titles online or at the end of another novel, as a teaser. Chapter 1 is the beginning of the story.  Reading the middle first is like trying to be 17 before you’ve been 7: not likely to help you learn how to drive.

That said, whichever page number gets randomly assigned to my words, my job as a writer is to write as well as  personally possible. Even allowing for the necessary peaks and troughs of plotlines and emotional journeys, every page should be jampacked with amazingness – even if it’s the sort of amazingness that isn’t apparent to a casual page-99 drive-by reader: something that looks amusing/disastrous/kind but we know for that character that it isn’t; a pay-off to an earlier set-up, Chekov’s gun coming off the wall; a line that rattles in your head because it’s honest and true and you thought you were the only one. Or an imaginary squirrel.

Time to prune the roses…